The seminal classic returns to PS4, Xbox, Switch, and PC in a sequel so action-packed and furious that it defies description. The levels are bigger, the weapons are badder, and the snarling evil hordes that oppose you are more DOOMed than ever. The cutting-edge technology powering this whirlwind of adrenaline-pumping carnage allows for some of the most stunning visuals of any game to date.

The fun doesn’t end with the fast action and pretty vistas, though. Doom Eternal builds on the groundwork laid by its predecessor and tells a grandiose, epic story with deep mythology and lore. Add to that a novel multiplayer mode that allows two players to play as demons fighting against the game’s hero, and the promise of additional single-player content after launch and this utter beast of an action game is only going to get better. 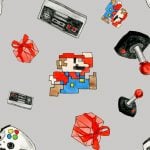 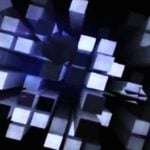 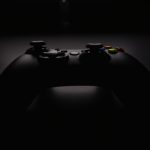 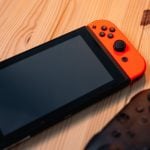 Strike fear in the dark hearts of demons with this incredibly detailed Doom 4 inspired helmet! With game-accurate details such as the Mark…

Packed with loads of behind-the-scenes stories about the passions and conflicts of the minds behind one of the most important games in history,…

Bring back classic gaming on the Sega Genesis with the new Sega Genesis Mini! With 2 included controllers, 40+ games, and HDMI cables…

Confidence is sexy. And convenience is priceless. You get both with our sleek, magnetized bottle opener. No more bending over like a dork…

Crush odor from your gym bag and shoes with this antimicrobial odor eliminator. These little capsules are designed to absorb odors and eliminate…

If you’re gonna wear a fanny pack you might as well stand out. This fanny pack features a hilarious dad bod gut with…

We’ve all been there: the holidays are just around the corner, you have NO IDEA what to get for someone you care about,…

Sushi lovers rejoice! You can now wear your favorite swimming treats as socks. These colorful sushi socks are sure to turn heads next…

I mean, should something like this even be legal? As if those little devil’s in green skirts didn’t rip apart my wallet and…

The only thirst that rivals the thirst for victory is thirst itself! With these personalized gamer water bottles, you can hydrate like a…

Whether you’re camping or a vagabond clean clothes are always nice to know. With this portable washing machine by Scrubba you can wash your…